A downloadable game for Windows

Minimal Freeman is an alternative version of the third episode of Half-Life in low-res style. This is the first post-jam version of my #Epistle3Jam project HL: Minimal Edition. The current build is a small demonstration of a gameplay with tons of improvements and new stuff such as zombies, climb mechanic, health-kits, etc.

* The game uses sounds from the original Half-Life.
** Secret ending track – "Run, It Might Be Somebody" by Daniel Birch.

Check out my Twitter if you want to see what I'm working on.

Share your thoughts about this game. I really want to know if it is worth doing. And If you like it, any donation would be a great help for me to continue this project.

Plz make more! I really like this game and  hope there will be an update or new game of it.

is this game dead or something because no devs responded in the comments and the version is 0.1 so if you are currently working on an update please tell me

I ALWAYS ENJOY THIS GAME!

If it does happen.

I would REALLY like to see what happens next.

loved this game the. enjoyed it very much!

VR version would be amazing( I know it is very hard)

Can you tell us how to open the console? I want spawn a ton of zombies.

The mixture between the 3d world and the pixel is very interesting.

I found all the 5 orange boxes. Good game.

hey so is there a reward for collecting all the orange boxes?

Created an account and supported the game just to see where it goes. If you couldn't tell, I love whats been done so far and anticipate what's to come.

Hey dude, great job with this little gem. I've enjoyed every second of it.  Game was really good and I would love to see it expanded, here is my play-through of it. I'm a not huge fan of half-life, but it's really cool tho. Keep it up!

Hey, great job with this little gem.  I've taken a liking to your game, and I realized it had such great potential for speed running.  I have probably played this game more than anybody else (besides you, of course), and let me tell you, I've enjoyed every second of it.  Keep it up! I'll be posting an in-depth glitch/exploit showcase in the near future, so please do keep updated. Please don't be offended by this in any way, I mean to break your game in the most sincere way possible ;)

haha this is so cool :D

This Game was really good and I would love to see it expanded, here is my play-through of it. I'm a huge fan of half-life and Games Like this really hit me with the nostalgia train. I added half-life music in my video because it felt a little audibly dry.

The game was a bit tougher to get the hang of than I expected, and I think the enemies have maybe too much health, but I had a blast none the less. I made a video and I hope you enjoy it!

zombies are just too op. their reach is not OK and they have too much health (even if i shoot them to the head w/ pistol) i still need 6 hits to take one zombie down. their "object throwing skill" is also too op.  (In real half-life it takes three hits for the head on headcrab zombies to kill them)

do u have a mac version?

This is Good Game.

This is very hardcore. Though i did beat it first try it was really hard not only, because the headcrab zombie's reach is too big but also because i wasted tons of amunition trying to crouch and shooting instead. This game left me in complete despair multiple times, one of them i had 6 hp and i saw a headcrab zombie so i started searching for a medkit then i finally found it tried to use it but it turned out to be an orange box instead. Not that I didn't want the orange box, but in that situation it was not helpful.

I would have donated but Im out of moneys..... I feel like you deserve moneys from me but I has none :/

What if Half-Life and Duke Nukem had a baby? It'd probably be like Minimal Freeman, a fast paced game using 2D sprites of Half-Life enemies and weapons, while being faster pace similar to Quake and Duke Nukem. Check out my gameplay video here:

Keep up the good work !

This was pretty cool.  I also dig the 3D/2D artstyle.  That being said, I only have a few nitpicks/suggestions:

- I assume this is already planned, but if it isn't, please add the option to adjust the mouse sensitivity.  Hair-trigger aiming isn't for everyone, so the ability to customize it and tone it down would be greatly appreciated by many players, including myself.  Also, customizable controls in general would be awesome.

- The Headcrab Zombie's attack range seems a little large.  I got swiped by one even though it looked as if his attack should have missed.  Also, the frequency in which the enemies can attack can be a pain to fight against sometimes, especially if you get slapped into a wall.

- It kinda sucks that you can't climb onto movable boxes, but if it's simply not possible due to the engine/physics, then I can understand that.

- While on the subject of movable objects, the ability to simply place something down in front of you instead of chucking it full force would be nice.

Other than that, this was a fun little demo, and I'm looking forward to playing more.  Keep up the good work!

Thank you for your feedback!

- Yep, the sensitivity in the list. You can rebind all keys in the Input tab (in the configuration window)

- I'll think about it

Liked this quite a bit. I think it has a lot of potential. However, I do think their needs to be more health and check points:

PLZ KEEP WORKING ON IT!!! I had such a blast and so much nostalgia in this game!

It was awesome. It might need some Check Points, I quit after being killed by the tentacle guy that smashes stuff because I didn't want to play the whole thing over again just to have another shot at learning how he fights. It was great though, it's definitely worth continuing. 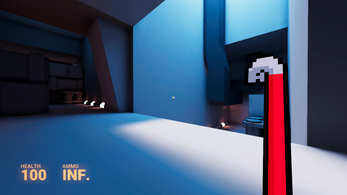 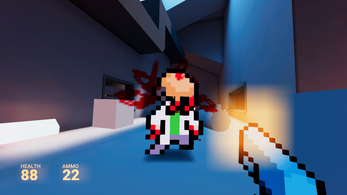 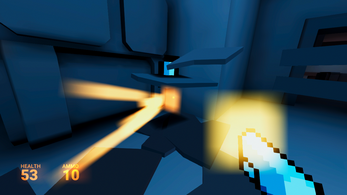 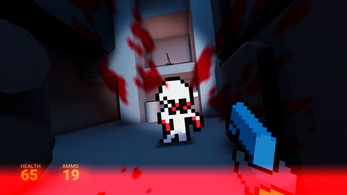